How an investment in premium seating nearly doubled revenue and attendance

The Bank of New Hampshire Pavilion at Meadowbrook is a small outdoor entertainment venue in northern New England, well off the beaten path of major metropolitan areas.. Though it has competed successfully with the region’s urban and beach venues despite a soft economy, the Meadowbrook wanted more – bigger gates and higher profits.

Attracting bigger acts was key to the Meadowbrook’s vision of growth. But they couldn’t get there without expanding capacity, re-aligning some seating, and delivering a great sightline from every seat.

Obstacles & Opportunities
An expansion was planned between the 2012 & 2013 seasons to increase capacity and revenue. Total capacity would increase by 28%, and some lawn seating would be realigned – together creating a new mid-priced covered seating section of 2,300 seats, which they thought would be in high demand.

But there were two major obstacles to face. First was Meadowbrook’s promise to all patrons that there is never a bad seat in the house. Each one of the new 2,300 fixed seats needed a great sightline to the stage since it was not only a promise but a large portion of return revenue. The second obstacle was timing. Construction was slated to start in December, and the first show was May 17th. Only 5 months were available– 3 1/2 of them winter in northern New England.

Solutions
With literally hundreds of design options, sightline studies, and revisions, choosing would be difficult. “All of those things were considered, but the choice was made really on customer service alone,” says President, R.J. Harding.

Once the bid was awarded, the customer service from Hussey and their dealer, Robert H. Lord Company didn’t stop either. “The people, the sales reps, the factory even as we were going through the process, keeping us apprised of how the fabrication was coming, and then the installation – all of that was just impeccable,” says Harding.

Fabrication was completed on time, though construction was a month behind with weather delays when Meadowbrook asked Hussey and Robert H. Lord to step up to the plate again. The installers were there on time, and “I think they worked around the clock and they finished it in half the time, which was very important for us,” says Harding. “The seats are sturdy, strong, installed correctly – I have not found one loose bolt or arm or seat number, it’s been perfect.” Best of all, the project met its deadline for opening night.

The Payoff
Harding says, “We are realizing the benefit in year one, way beyond what we expected to. It immediately got us bigger shows, bigger acts, bigger tickets.” The patrons love the new seats, and clearly it is the right mix of types – even the lawn sells out quicker than it used to. Repeat performers also like the expansion, saying it feels more like a stadium show to them now even though total capacity is only 8,300.

Meadowbrook also used Clarin® folding chairs for their club section. “The fans really love the special club seating area with tables and cocktail waitresses, and the Clarin chairs with the padded seats serve that purpose perfectly.” 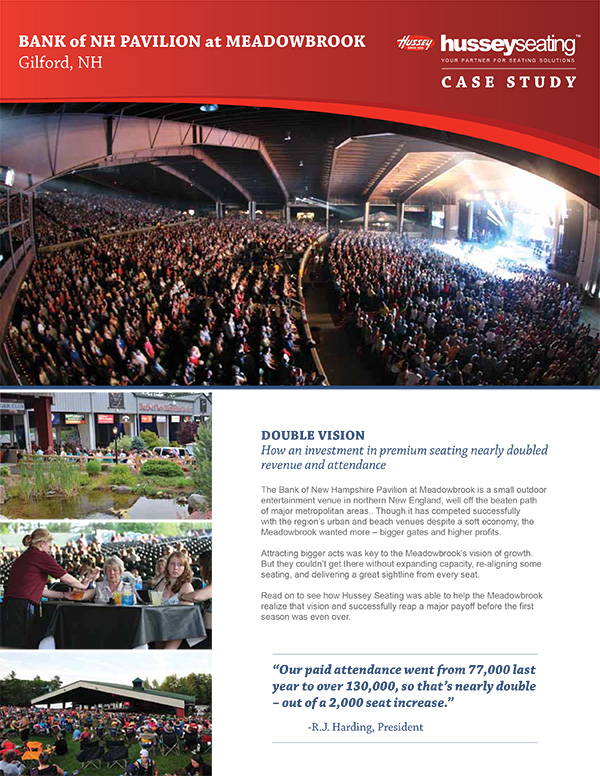 OUR OTHER CASE STUDIES 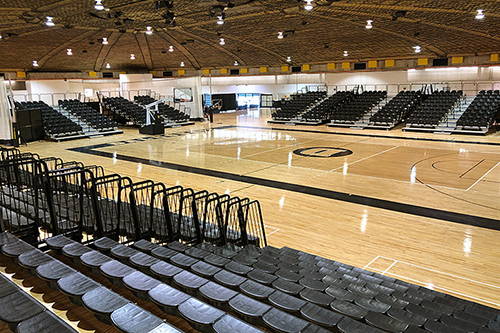 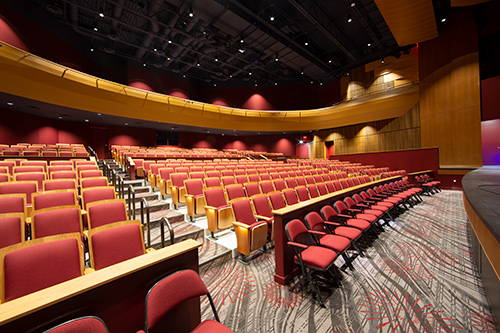 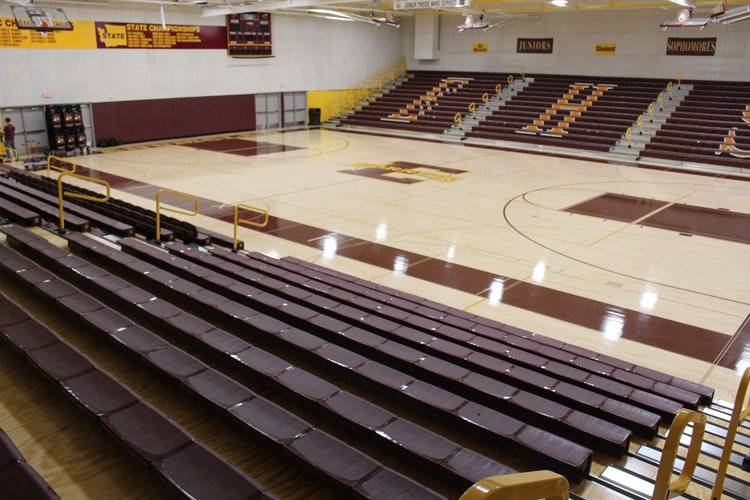 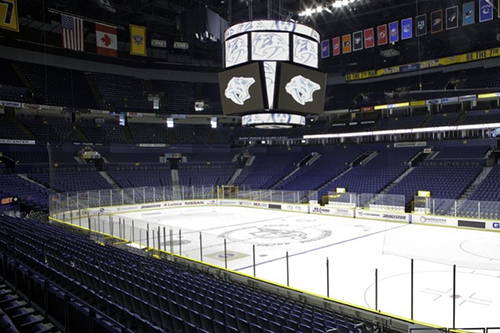 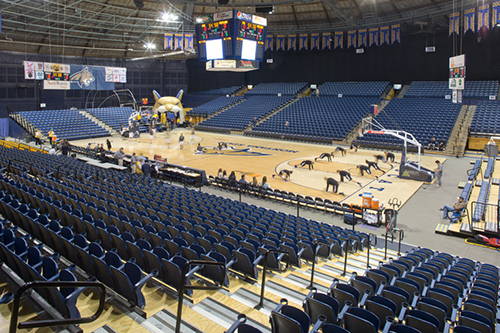 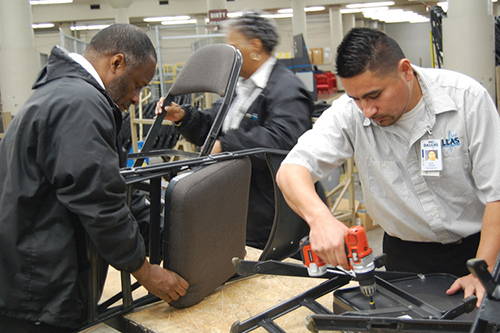 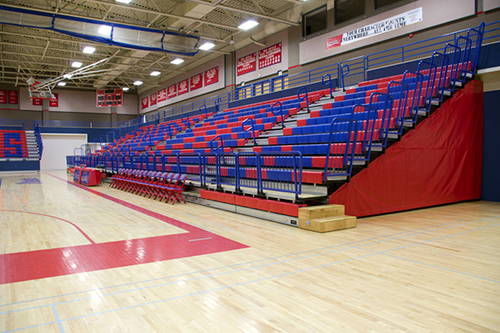 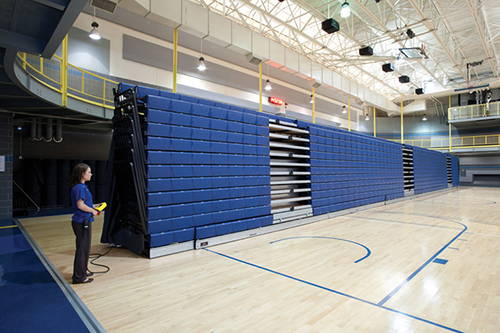 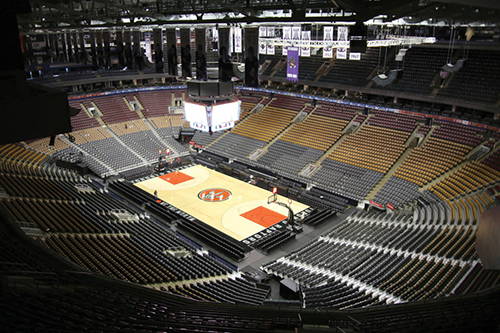 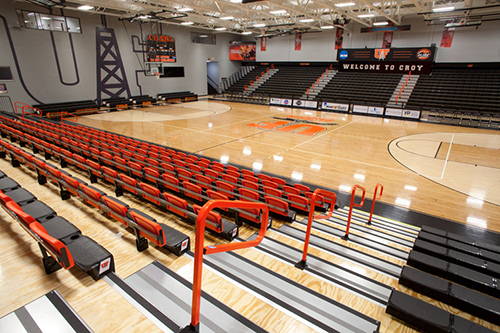 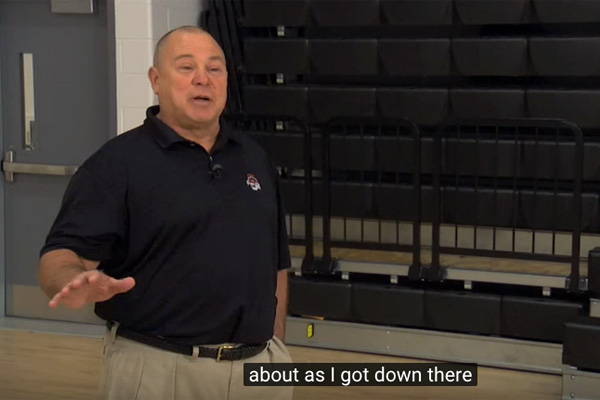 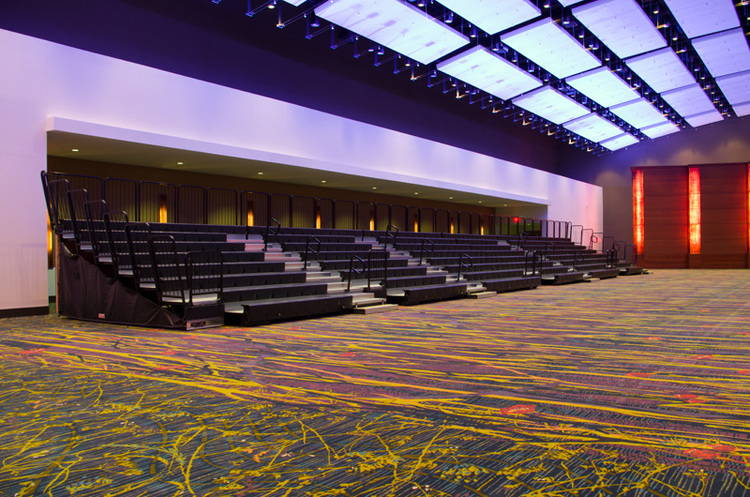